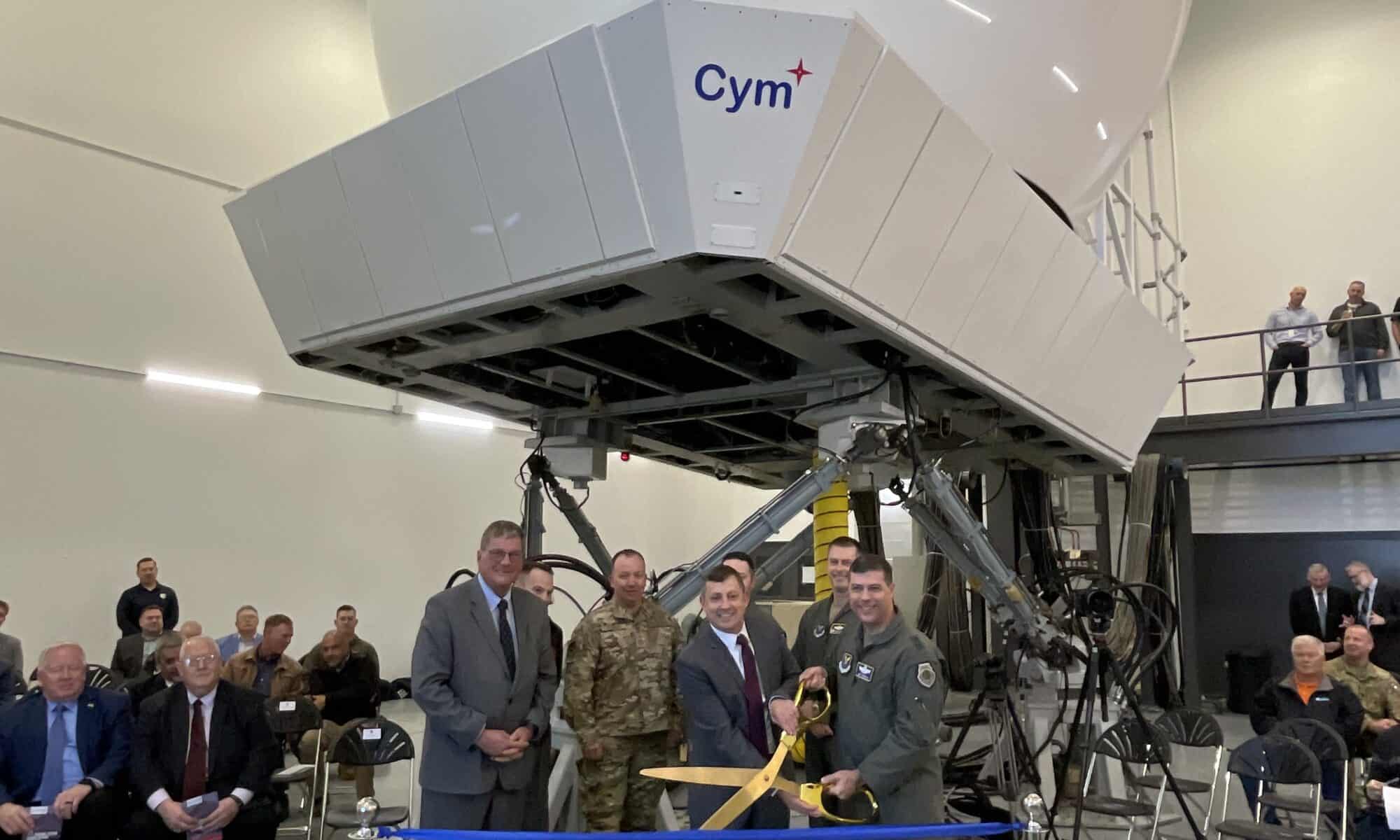 The new facility is home to the high fidelity, full-motion E-4B simulator that supports pilot and flight engineer training for the USAF 595th Command & Control Group. The training center was designed for expansion to accommodate future USAF training needs.

The program could be worth approximately $11.3 million over the next five years with potential future phases.

The training program is designed to prepare E-4B aircrews to fly the aircraft through realistic flight training, including aerial refueling, one of the toughest currencies to train and maintain due to the limited availability of aircraft and tankers. The program delivers initial qualification, requalification, upgrade, and recurrent training for pilots and flight engineers, reducing the need to use the limited number of aircraft or travel out of state to train on a commercial simulator, which is not representative of the E-4B and offers reduced training utility.

“The great work done by CymSTAR and the E-4B team will provide the Air Force a less expensive, safer, and a more mission-representative way to train aircrews to support our number one priority mission of Joint All-Domain Command and Control,” said Maj. Gen. Andrew J. Gebara, Eighth Air Force and Joint-Global Strike Operations Center Commander. “This will provide the Air Force with a solution to help maximize fleet availability for operations while producing highly-skilled aircrews; ready to perform their mission-critical duties.”

The E-4B aircraft is commonly known as the “Doomsday” plane; it serves as the National Airborne Operations Center (NAOC), a critical component of the national military command system. In the event the military command and control center is disrupted, the four currently fielded aircraft would become flying command centers.

“We are honored the USAF has placed its trust and confidence in CymSTAR to provide a comprehensive training system that contributes to the mission readiness of E-4B aircrews,” said Dan Marticello, CEO and President, CymSTAR. “Combining nearly 20 years of engineering and service excellence, CymSTAR is pleased to join the local community supporting the Offutt Air Force Base mission capability.”

Under terms of the contract, CymSTAR is delivering a suite of E-4B training solutions, including:

Headquartered in Broken Arrow, Oklahoma, CymSTAR is a Service‐Disabled Veteran‐Owned Small Business (SDVOSB) that employs over 200 employees in the United States and principally specializes in all aspects of commercial and military simulation, training systems, and engineering services.